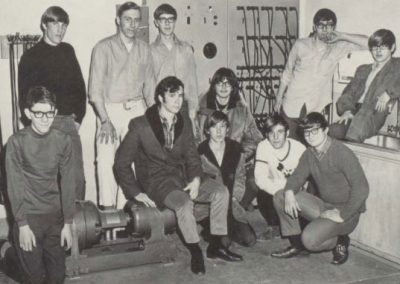 The electronics club at Wausau East High School in 1971. 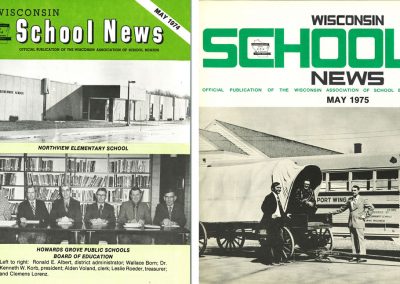 For more than a decade, each issue of the Wisconsin School News magazine (left) featured a new or newly renovated school building and its proud school board until the magazine was redesigned in 1975. The May 1975 cover (right) featured one of the original “school rigs” and a modern school bus in the South Shore Community School District in Port Wing. South Shore is believed to have been the first school district in the state to provide free, tax-supported school transportation for its students beginning in 1903 following a consolidation of area log cabin schools into one school on the south shore of Lake Superior. 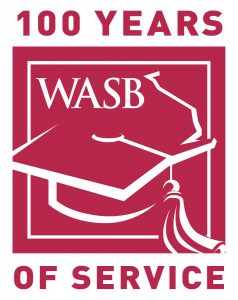 As the war in Vietnam began to wane, the United States’ attention turned to the Middle East, where OPEC (Organization of the Petroleum Exporting Countries) became an acronym that riled up Americans. While gas lines formed in 1973, Congress dug deeper into Watergate — named to describe the June 1972 break in at the Democratic National Committee offices in the Watergate Hotel, which eventually led to President Richard Nixon’s resignation.
During the decade, the Patty Hearst kidnapping, the Kent State shooting, the publishing of the Pentagon Papers, the Three Mile Island meltdown, and the drug deaths of rock stars Jimi Hendrix and Janis Joplin shook the nation. Meanwhile, television viewers watched the Fonz immortalize Milwaukee, Monday Night Football make its debut, and George Carlin host the first “Saturday Night Live” while movie-goers visited a galaxy far, far away. Mark Spitz swam into history with a record seven Olympic gold medals, the first “test-tube baby” was born and Bruce Springsteen proved he was born to run. 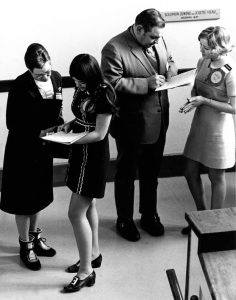 At the 50th State Education Convention in 1971, school board members complete a WASB poll. During the decade, the services, trainings and publications of the association rapidly expanded, particularly in the areas of legal and policy services.