Federal legislation known as the IDEA Full Funding Act was reintroduced on Nov. 16.  The bill reflects an effort to finally ensure Congress fully meets its longstanding commitment to fund special education services required under the Individuals with Disabilities Education Act (IDEA). The bipartisan and bicameral support for the bill–i.e., support from members of both parties in both the U.S. Senate and House of Representatives–is raising hopes for its passage.

Each year that Congress fails to meet its promise, local school districts are forced to pay a higher proportion of the special education cost.  As a consequence, districts are also often forced to make hard decisions about which programs to fund (or cut). Schools and districts are often forced to divert funds from programs that serve all students (including students with disabilities) to pay for the unfunded costs of meeting the IDEA’s mandates.

In 1975, when Congress initially passed the Education for All Handicapped Children Act (later tweaked and renamed the Individuals with Disabilities Education Act or IDEA) to ensure that every child with a disability has access to educational opportunity, it also committed to funding a substantial portion the increased costs to states and local school districts of providing additional services to students with disabilities.

Wisconsin Senator Tammy Baldwin is among the Senate co-sponsors of the IDEA Full Funding Act.

The U.S. House of Representatives voted 228-206 on Friday to pass a $1.2 trillion bipartisan infrastructure bill, which now heads to President Biden, who has indicated he will sign the bill into law “soon.”

Thirteen 13 Republican House members and all but six House Democrats voted in favor of passage of the bill.  The U.S. Senate had passed the bill by a 69-30 margin back in August. END_OF_DOCUMENT_TOKEN_TO_BE_REPLACED

October 20 Webinar: The Department of Public Instruction (DPI) and the Department of Health Services (DHS) COVID-19 Recovery and Response Team (CRRT) invite you to a joint webinar for local public health and school stakeholders on Wednesday, October 20, from 4:00–5:00 p.m. END_OF_DOCUMENT_TOKEN_TO_BE_REPLACED

We’ve become increasingly alarmed at the recent reports of personal threats of violence and harassment directed at school board members across the state.

Civil disagreement and protest are cornerstones of our democracy but attempts to intimidate school board members and physically disrupt school board proceedings are not acceptable. END_OF_DOCUMENT_TOKEN_TO_BE_REPLACED

The recommendations emphasize universal masking amid concerns that the delta variant of the coronavirus is driving a surge in cases of COVID-19 and many school children remain either unvaccinated or unable to be vaccinated. END_OF_DOCUMENT_TOKEN_TO_BE_REPLACED 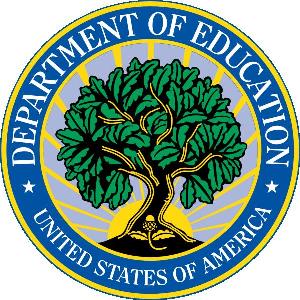 Yesterday (8/1), the U.S. Department of Education (Department) released a “Return to School Roadmap,” a resource to support students, schools, educators, and communities as they prepare to return to safe, healthy in-person learning this fall. The Roadmap provides key resources and supports for students, parents, educators, and school communities.

The Roadmap includes three “landmark” priorities that schools, districts, and communities are encouraged to focus on to ensure all students are set up for success in the 2021-2022 school year. END_OF_DOCUMENT_TOKEN_TO_BE_REPLACED